30 reviews
The Underwater Demolition Teams (UDT) were an elite special-purpose force established by the United States Navy during World War II. Their primary function was to reconnoiter and destroy enemy defensive obstacles on beaches prior to amphibious landings and were also the frogmen who retrieved astronauts after splashdown in the Mercury through Apollo manned space flight programs. The UDTs pioneered combat swimming, closed-circuit diving, underwater demolitions, and midget submarine (dry and wet submersible) operations. They were the precursor to the present-day United States Navy SEALs. This tradition lives on in the shorts they made famous.
How will you look in these shorts? Time to start looking like a pissed of Coast Guard Chief Petty Officer (retired) again
EX Navy DIver. Best Swim trunks made.
I need shorts
I love this retro style
Cruz I'm an old recon marine scout combat swimmer and I wanna show off for the ladies
Former Marine
Start refresher swim lessons
Wuhan Kung Flu
TO BE MAGNUM PI DUND UDND UDNDNDUDNDUDNDUDNDUDNDUDND
skies out thighs out
The is one of the many Tru-Spec items we offer here in Raleigh, North Carolina. Are you ready for the summer heat? We've got you covered with a full selection of shorts, camping gear, camping blankets, tactical t-shirts and backpacks
SKU#

I agree with most of the comments. they run one size small. They are great for gym work outs and water sports. in particular they are well adapted to white water rafting and canoeing.

If you are a muscular person you're probably going to need to go up 2+ sizes and wear a belt.

My waist is a 32, and that fits fine, but I'm absolutely maxing out the shorts through the butt and legs. 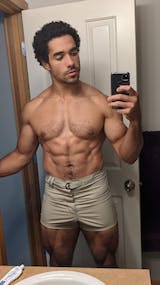 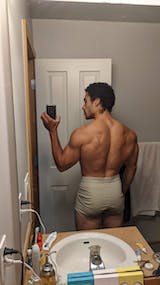 The shorts are great and they seem pretty durable but the sizing is small. I normally wear a size 28 but will have to go up to a 30

Good product, what I wanted.